What is refractive lens surgery?

Refractive lens surgery – also called refractive lens exchange or lens replacement surgery – is a short procedure that can reduce or remove the need for reading glasses or contact lenses.

This procedure can be used to treat presbyopia, (where the eye cannot focus), short-sightedness, and severe far sightedness when laser surgery is not appropriate.

Refractive lens surgery involves removing the natural lens of the eye and replacing it with an artificial lens, called an intraocular lens  implant (IOL). These artificial lenses are available in a range of customised styles and strengths at Circle Health. A similar type of procedure is used in cataract surgery.

At Circle Health, lens replacement surgery is carried out as a short day case procedure by a leading eye surgeon. In most patients, the operation is performed under local anaesthetic but general anaesthesia is also available if needed. Before your treatment, your consultant will see you at a private appointment to explain the surgery, carefully assess your eyes, and decide which type and strength of intraocular lens would be most suitable for you.

The operation usually takes about 15 minutes. First, you will receive a few anaesthetic eye drops to numb the surface of your eye. Your natural lens will be removed by ultrasound through a tiny incision in the edge of the cornea – the transparent part of the font of the eye. The natural lens membrane will remain, and the new artificial lens implant is placed into this membrane.

Recovery is usually quick. You should be able to leave the hospital straight after the procedure. You will receive eye drops, guidelines for aftercare and a check-up to see your consultant a few days later.

Most patients are able to drive and return to work within a week, depending upon their consultant’s instructions. If both your eyes require lens replacement, these procedures are typically scheduled one to two weeks apart.

What are the risks?

Like any surgery, there are some risks associated with this procedure. At Circle Health, your specialist eye consultant will discuss the benefits and risks of refractive lens replacement and intraocular lens implants with you, during a private consultation.

Kathryn Jackson, 45, had worn glasses since she was a young child. She recently had lens replacement surgery to correct her eyesight.

"I was longsighted, and my prescription was a +9, so I couldn't do anything or go anywhere without my glasses," Kathryn explains. "About five years ago I asked my optometrist what my options were, as I had tried contacts, but I didn't get on with them, and I had been told that my eye sight would deteriorate further. At the time I was told that there was nothing that could be done for me.

"Towards the end of last year I thought I'd look into it again. When I went for my initial appointment, Mr Luck was able to identify exactly what was wrong with my eyesight almost immediately and this gave me enormous confidence."

"I had each eye done separately, with four weeks between each operation. When I went for my check up a week after the first eye was done, Mr Luck even told me that my eyesight was going to be better than his and that the surgery had stopped any further deterioration of my vision.

"Circle Bath's facilities and staff were top class and I could not fault anything about the way I was treated."

"It's been a life-changing experience - it's an unbelievable feeling to be able to see clearly when I wake up in the morning, after a lifetime of wearing glasses.

"I live on a farm and ride horses so it's great to have that flexibility now - rain and fog is no longer a problem. I've also realised that I feel more confident - something I wasn't expecting."

"I'd certainly recommend it to anyone who had considered it but was too worried about doing anything." 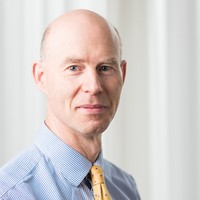 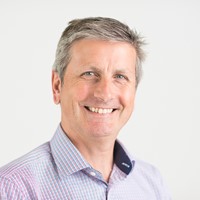 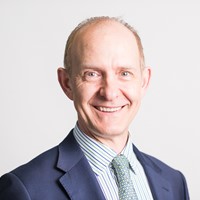 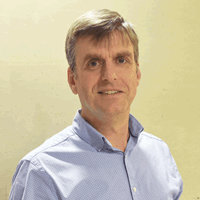 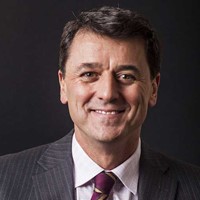