The composition of skin

Human skin is composed of three main parts - the epidermis, dermis and hypodermis.

The epidermis is the outer part and it is also the thinnest. Melanin, which gives our skin its colour, is found at this level. It is waterproof and protects us against infections. In just over a month all our skin cells will be replaced and it is through the epidermis that the old, dead skin cells are shed.

By far the thickest layer is the dermis (making up around 90 per cent of the skin's thickness). This collagen-rich section of skin contains blood and lymphatic vessels, as well as sweat glands and hair follicles. Nerve endings are contained within the dermis, which also stores much of the body's water supply.

The layer beneath this, the hypodermis, is not used for grafting purposes.

What is involved in a skin graft?

Most skin grafts are autografts - i.e. skin is taken from one part of the body (the donor site) and transplanted to another part (the recipient site).  If the skin were from another person's body, it would be termed an allograft.

A portion of healthy skin is surgically removed from a suitable area of the body and placed over a wound.  This may be an open fracture, the excision site of a skin cancer, aurn or other injury or an operation site that cannot be repaired by simple suturing. The procedure may be done under general or local anaesthesia, depending on the extent of the wound.

There are two categories of skin graft - full-thickness and partial or split-thickness.

In a full thickness graft, both the epidermis and the dermis are removed from the donor site, which is then sutured to close it. This is only applicable for a small area of skin graft and is usually harvested from around the ear, the inner elbow, the upper eyelid, the scalp or the groin.

Full-thickness skin grafts are of choice for cosmetically sensitive areas, such as the face and neck, as they produce minimal scarring. This type of graft will also be a better match for the surrounding skin, in texture, colour and thickness.

Partial or split-thickness grafts are usually harvested from the thigh, buttocks, back, arm or abdominal wall. They involve a more superficial area of skin - the epidermis and part of the dermis and sufficient skin remains at the donor site to enable regeneration.

For this reason, it is normal practice not to uses stichess on the donor site but to leave it to heal naturally, keeping it dry and covered with a sterile dressing. Split-thickness grafts can work well in less vascularised areas of the body but, if they are particularly thin, the likelihood is that they will contract as they heal.

In particularly mobile areas of the body, a skin graft involving mesh may be most suitable. This technique can be used with either a full or split thickness skin graft, which will have had multiple holes or splits inserted in it, allowing it to be sutured to the wound bed and safely stretched when the body moves.

In time, healthy vascularisation is achieved and granulation tissue anchors the graft securely. This technique is of particular benefit in the treatment of burns. A mesh graft causes the original piece of skin removed from the donor site to expand naturally, thus keeping the wound in that area minimal. This type of procedure also facilitates drainage and reduces the risk of infection.

However, a disadvantage of the mesh type of graft is that it retains its meshed appearance and therefore it is not considered suitable for exposed areas of the body.

Flap surgery has a variety of applications. It is used in facial surgery, such as cleft lip repair, in breast reconstruction and in operations involving large wounds. A piece of living tissue, complete with its blood vessels, is partially detached and moved to cover a defect in an adjacent area. It still retains an attachment to its original site and blood supply.

Another form of flap surgery involves a "free flap". In this procedure, a piece of skin, again with its blood vessels intact, is completely removed from its donor site and placed elsewhere. The blood vessels are connected to the recipient site by a process called microsurgery.

Both of these techniques are used in Mohs' micrographic surgery following removal of basal cell carcinomas, with excellent results - both curative and cosmetic.

Following a mastectomy, there are a variety of skin flap procedures which are used for breast reconstruction. Tissue may be harvested from the abdomen, upper back, the buttocks or inner thigh. Some procedures will preserve the connection to, and blood supply from, the donor site, whilst others will use a "free flap", as described above - complete removal of the skin flap and its transplantation to the chest wall, with microsurgery to connect both sets of blood vessels.

Tissue expansion, although not strictly a skin grafting procedure, may be used to repair large wounds. It involves implanting a balloon-like device under the skin next to the wound and gradually filling it with salt water until the skin has stretched to the desired degree.

The device is then removed and the expanded skin is repositioned over the wound.

What happens when the graft is put in place?

A skin graft is sutured on to a clean wound bed and a pressure dressing is applied to keep it securely in place. Sometimes staples and clips are used, depending on the size and area of the wound. The body's healing process begins to make a connection between the graft and the wound it has been applied to and blood and lymphatic vessels are formed within it.

The first 72 hours are the crucial period for survival of a skin graft. It is beneficial to healing to avoid strenuous activities, particularly during this time.

Healing of the donor and recipient sites

This site may be more painful than the recipient site as, where split-thickness skin grafts are concerned, nerve endings will have been exposed as the graft was harvested. Different dressings will be used while this wound heals.

For the first few days, it will be wet, requiring an absorbent dressing. Following this, as it dries, a different type of dressing can be applied and may remain in situ until the wound has healed. The donor area may be itchy once it has dried and dressings have been discontinued, but scratching could damage it and patients will be advised to use emollient preparations to soften and soothe it.

Normally, following a skin graft, the first dressing should be kept in place for between three days and one week. This will then be carefully removed to inspect the progress of the graft and the area will be redressed.

In the case of a full-thickness graft to the face or neck, this will be left exposed as soon as it is safe to do so and can be gently washed and patted dry. Massage is advised with an ointment such as Vaseline to soften and flatten the scar.

Sensation will return more quickly in the case of a split thickness graft but it may not be as complete.

In the first few weeks, the grafted area may look swollen and discoloured and it is still fragile at this early stage. Significant healing will normally be underway by the end of the second week following a split-thickness graft.

Full thickness grafts usually heal more quickly as they are smaller and have been closed with sutures. 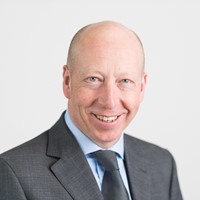 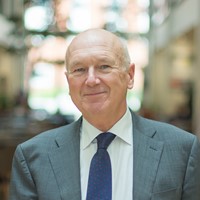