What are the types of shoulder fractures?

The shoulder complex is made up of three main bones and a variety of soft tissue structures to help with the stability, movement and function of the shoulder. The main bones of the shoulder are called the humerus (upper arm bone), the clavicle (collar bone) and the scapular (shoulder blade).

The most common fractures of the shoulder occur to the clavicle and the proximal humerus (upper part of the arm). Scapular fractures are a lot more uncommon along with distal humeral fractures and mid shaft fractures.

All these types of fractures can cause shoulder pain, swelling, tenderness, and limit the shoulder's range of movement.

There are also different types of fractures. The name refers to how and where the bone has broken.

They can be categorised as:

Displaced or non-displaced fractures refer to whether or not that bone has been left in its normal, anatomical position. You can also have open or compound fractures which mean the bone has protruded through the skin.

The severity and the type of fracture will all influence the most appropriate treatment going forward and how long the recovery will take. In a lot of traumatic situations it is not just the fracture that needs to be treated but also any other soft tissue injuries.

Fractures are diagnosed by the use of imaging, most commonly an X-ray. This will show where the fracture is and the extent of the damage.

What causes fractures of the shoulder?

Shoulder fractures can be traumatic or pathological in nature. Most commonly they are from a trauma such as a fall, direct impact or sometimes a road traffic accident.

There are three common areas of the proximal humerus that can be fracture; the greater tuberosity, the lesser tuberosity and across the shaft of the humerus.

Fractures to the scapular are rare, accounting for less than 1% of all fractures and only 3% to 5% of fractures of the shoulder. Most frequently they are seen in men between the ages of 25 and 45.

A scapular fracture may be the result of a contact sport, such as football, or a traumatic event, such as a road traffic accident. Due to the high impact needed for the scapular to fracture, a person with this type of injury typically has sustained other damage, such as nerve injuries, rib fractures, or lung injuries.

In regards to fractures of the clavicle, the typical onset is from a fall, and usually a fall at high speed, so it's commonly a lot of people coming off their bike, either mountain bike or road bikes with clavicle fractures.

Another common way of fracturing the clavicle is in the sporting world. They are typical in rugby, either a fall or with another player landing on the individual in a tackle. Also they are found a lot in skiing and sometimes road traffic accidents.

The risk of fracture is also increased with other medical conditions. Pathological fractures can occur as the result of a disease that affects the density of the bone. The bones become weaker and therefore are more like to break. These diseases include osteoporosis, Paget's disease, carcinoma, osteomyelitis.

Osteoporosis is a condition that affects the density of the bones. It is commonly found in older people and occurs over a long period of time. Other factors however can risk your chances of getting osteoporosis. Women are more likely to get it than men due to the changes of going through the menopause, and anyone who has had to take high dosage steroids for an extended period of time.

What is a normal recovery time-frame?

Commonly with non-displaced fractures conservative treatment is an option whereby you will immobilise the shoulder with the use of a sling and time is given for the bone to heal itself. Bone healing can take anywhere from 6 to 12 weeks depending on the patient.

If the injury was not severe, there is fairly rapid improvement and return of function after the first 4 to 6 weeks.

With proximal humerus fractures a sling would normally be worn for 2 to 3 weeks and then a course of physiotherapy can start in regards to working on the range of movement and function of the shoulder. Adequate pain relief will be required during this time to avoid any long term stiffness of the joint.

Surgery may be indicated with proximal humeral fractures if the fracture was displaced or open, if there are other soft tissue structures involved or if there are injuries to the surrounding blood vessels of nerves.

During surgery pins and plates may be used to reconstruct the fracture site. Under severe conditions it may be of benefit to replace the humeral head or complete a full shoulder replacement.

Again with clavicle fractures depending on the degree of the fracture they can be managed conservatively or surgically. Some surgeons would recommend people towards surgery as there was a big study from Canada that suggested that people who had had their clavicles fixed did much better than those who didn't and that study has just been repeated and published.

A more recent study was a much bigger study of 300 patients in London, randomised between having an operation and not having an operation. At the follow ups for up to 9 months, the people who had operations did better, so they recovered and got to go back to work quicker. They also got back to sport, quicker, had less pain and they had better cosmetics.

In regards to the surgery there are lots of ways, but a common way is to use a plating system, that's an American plating system. All the plates are already contoured to, with a variety of different shapes, so the surgeon can get the exactly right shape and size to fit you and your particular fracture.

It's done as day surgery so you come into hospital for the procedure, which is done under general anaesthetic, and then discharged on the same day. You will normally have a horizontal scar, the upper chest patch, it's a D shaped patch, which will be a bit numb, but then that heals itself in a couple of months.

In regards to risk to the procedure there's a small risk that the fracture won't heal despite having put a plate and put all the bits back together again. However, with modern plating systems and a good surgical technique, that's quite a low risk. And there's, of course, a scar, which you wouldn't have if you didn't have an operation and you would develop a numb patch on the chest side of the skin, just below the scar. As well as this there are all the normal risks associated with surgery such as infections and any risks of anaesthetic.

For scapular fractures surgery may be indicated if the fracture has caused a deformity to the joint by the angle that it is in, it has been displaced or the glenoid (where the head of the humerus site) has been fractured and therefore is causing instability to the shoulder joint.

If surgery is not indicated then the same process of immobilisation with a sling, ice, pain relief and then physiotherapy will be carried out. 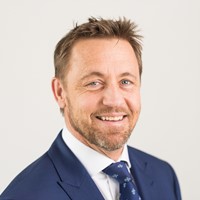 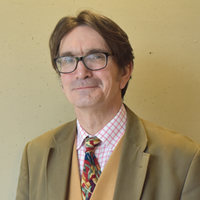