BPPV is the abbreviated term used to describe a condition known as benign paroxysmal positional vertigo. This describes a collection of symptoms which may include:

For sufferers of BPPV these symptoms will occur when they move their head especially with rapid movements or movements which involve rotation.

Although BPPV may be very life limiting and for some individuals the symptoms may be frightening it is not a dangerous condition.

The maintenance of our balance depends on a number of interrelated factors including our vision, body co-ordination and strength and importantly our mechanism which monitors our body’s movement and position. This mechanism is provided by some structures in the inner ear.

Three cavities known as the semicircular canals and a structure known as the labyrinth are connected tubes filled with fluid. As movement of the head occurs, the fluid flows over tiny hairs on the inside of the labyrinth. These hairs are able to detect the movement and feed this information to the brain for processing.

It is thought that BPPV symptoms occur when calcium crystals which are normally embedded within the labyrinth become dislodged and flow in to one of the semicircular canals. This problem occurs more commonly for individuals above fifty years of age and may also occur after a head or neck trauma. 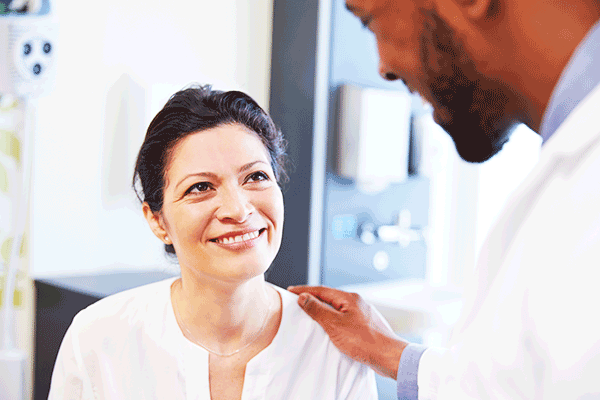 How is BPPV treated?

Over time, the brain will reduce it’s sensitivity to the abnormal sensations coming from the inner ear. To help this desensitization some vestibular rehabilitation exercises may help. These are often named Cawthorne Cooksey exercises and involve a series of exercises aimed at moving the eyes in a controlled manner while keeping the head and neck still. These are then progressed to controlled head and neck movements and further progressed to keeping an awareness of head and neck positions while performing functional movements such as sit to stand.

For some individuals, curative treatments may be found in a series of head and neck movements which are designed to manoeuvre the calcium crystals out of the semicircular canals. There are a number of protocols all which can be administered by a therapist or which can be self-administered by the patient. The most commonly used protocol is called the Epley manoeuvre.

Although medications cannot cure BPPV they may be prescribed in cases of severe symptoms. These may include anti-histamine medications or forms of sedatives and work by a number of mechanisms. This includes improving blood flow around the ear, blocking some nerve signals from the inner ear to the brain or by suppressing the symptoms of nausea.