What is normal pressure hydrocephalus?

Normal Pressure Hydrocephalus is a disorder of the brain where excess cerebrospinal fluid (CSF) builds up in the brain’s ventricles (hollow fluid-filled chambers). Typically issues experienced by the patient include cognitive impairment (thinking and reasoning problems), difficulty walking (typically patients will shuffle or fall) and loss of bladder control.

As brain ventricles enlarge they can disrupt and damage nearby brain tissue causing symptoms of NPH.

NPH is under-diagnosed and under-treated in the UK comparatively to other countries such as Sweden and Japan.

“In the UK, NPH is hugely under-recognised as a treatable cause of falls and dementia in the elderly.” - Richard Edwards, Consultant Neurosurgeon

What are the key symptoms?

Normal gait (walking) requires good strength, good coordination of muscles and sensation. However, gait disturbance is a functional movement disorder. Clinicians will watch a patient walk as part of the diagnosis where frequent descriptions used are: ‘walking on a boat’, ‘short steps’ and/or ‘shuffling’ where the patient may have their body bent forward and legs held further apart than normal.

Similar symptoms to those exhibited in Parkinson’s disease may be present. These include ‘muscle freezing’, rigidity and/or hypokinesia (partial or complete loss of muscle movement).

A dementia diagnosis may or may not be present. Symptoms classically include memory impairment, slowing of thought processes, impaired planning and decision making, changes in personality or behaviours and lack of concentration. The severity of these symptoms may fluctuate.

Loss of bladder control tends to be apparent later in the disease than gait disturbance and cognitive decline. Patients may experience increased frequency and urgency, having to rush to the toilet when they feel the need to pass urine.

NPH clinically overlaps with many conditions of the elderly such as vascular dementia, degenerative dementias and lumbar stenosis. Patients may present with symptoms which crossover with these more common conditions.

NPH is underdiagnosed and undertreated in the UK compared to other countries such as Sweden and Japan. See Nationwide hospital‐based survey of idiopathic normal pressure hydrocephalus in Japan www.ncbi.nlm.nih.gov/pmc/articles/PMC5346522/

There is no single test to determine whether someone has NPH and not all patients will present with all the symptoms described. Nearly all patients have problems with mobility. Approximately half have all three key symptoms.

Patients may be referred by their GP to a neurology team who will assess their symptoms. Some patients may attend a memory clinic if they have suspected dementia whereas others may be referred to a falls clinic with gait unsteadiness and others directly to a Neurosurgeon.

Key to diagnosis is brain imaging where typically an MRI or CT scan will be used to assess whether the brain’s ventricle chambers have enlarged.

Identification of shunt responsive patients is complex; this is an elderly group of patients who may harbour a number of neurodegenerative -conditions.

The lumbar drain test is done to confirm that patients have a high likelihood of response to a shunt procedure although a small number of patients go straight to shunting.

Around the world, most surgeons would do some form of supplementary test to confirm the diagnosis.

If symptoms and the scan strongly suggest NPH, a lumbar drain may be used to identify those who could respond to further treatment by assessing response of the gait and cognition before and after drainage of fluid. This diagnostic procedure will be undertaken by a Neurosurgeon who will have assessed the patient scans and medical history.

Patients may undergo memory testing with a Neuropsychologist before and after the lumbar drain.

If symptoms of memory and movement improve significantly after the lumbar drain but are then followed by a decline, this is an indication that the permanent shunt procedure may be effective.

Normal Pressure Hydrocephalus (NPH) can be controlled with an implanted device called a cerebrospinal fluid (CSF) shunt that drains the excess fluid from the brain. A shunt is a long thin tube and valve which is inserted into the brain to drain off excess fluid. The shunt drains to the abdominal cavity where the fluid is reabsorbed into the body.

A shunt is a long thin tube and valve which is inserted into the brain to drain off excess fluid. The shunt drains to the abdominal cavity where the fluid is reabsorbed into the body.

Normal Pressure Hydrocephalus (NPH) symptoms can be controlled or reversed with the right treatment.

The Hydrocephalus Association states that it is estimated that more than 80% of those properly diagnosed with NPH and assessed for shunt responsiveness will experience rapid improvement in their condition, although it may take weeks or months to see the full benefits of the procedure.

An early diagnosis is typically an indicator of successful treatment, but even those patients who have had symptoms for years may improve with treatment. Significant delays can result in irreversible deterioration.

Patients with severe gait problems benefit the most, particularly those having frequent falls as their postural instability can often resolve with a shunt.

Often families report significant improvements in social interaction, interest in day to day activities and reduction in caregiver burden which have an impact on quality of life.

Improvements in bladder control also have a significant positive benefit for the patient and their family.

Risks associated with the shunt procedure

Shunts are a low-risk intervention. In a recent randomised trial of 180 patients treated through Bristol, with the majority treated at Circle Bath Hospital over 3 years, no infections were reported. The average infection rate nationally is approximately 4%.

Potential risks vary from common to rare to serious and include a shunt blockage and shunt infection.

Shunt blockage is a partial or complete blockage of the shunt that causes it to function intermittently or not at all. When a blockage occurs, cerebrospinal fluid (CSF) accumulates and can result in symptoms of untreated normal pressure hydrocephalus. A blockage, while uncommon can be very serious and emergency surgery will be needed to replace the shunt.

This is a relatively uncommon condition following surgery. The symptoms of a shunt infection may include:

Antibiotics may be needed to treat the infection and in some cases surgery may be required to replace the shunt.

Another risk is over drainage of the CSF fluid through the shunt.

Circle Bath Hospital has a reputation as a recognised specialist centre for NPH with some of the world’s leading neurosurgeons and clinical experts.

Mr Richard Edward is the Clinical Lead for NPH at Circle Bath and has performed over 1000 shunt procedures. He is a keynote speaker at prestigious global medical conferences, most recently at the World Federation of Neurosurgeons. Please see Mr Richard Edward’s profile

Members of the NPH team at Circle Bath Hospital include

On average, if 100 patients have a shunt nearly all will improve by 3 months. Of these around 85% will still be improved at 1 year and about 55-60% of survivors at five years.

Given the age of the population (average patient age is over 80) and the co-morbidities harboured, it is no surprise that a proportion of patients stop benefiting by 5 years but a majority are still benefiting from the shunt.

Clearly the more "liberal" a clinician is with shunting the higher the risk of a long-term drop off in performance but in general, the Quality Adjusted Life Years (QALY) data would suggest that even by 1-2 years there is clear cost-effectiveness of the procedure.

Complication rate from shunting is very low which further adds to the cost-effectiveness of shunting. We still shunt substantially fewer patients than in Japan, North America or Europe. The UK shunt registry reports under 300 NPH shunts a year (compared to 9000 p.a. in Japan*).

What are the common symptoms of NPH?

Difficulty walking (or shuffling), loss of bladder control, memory impairment and changes in personality and behaviours.

How do I know whether I have NPH?

You will not know that you have NPH unless you have seen a neurosurgeon and undergone diagnostic tests.

What should I do if I suspect a family member has NPH?

If you have any concerns please visit your family doctor and raise concerns about the symptoms exhibited by the family member. If you would like a second option or feel that your issues are not being addressed you can self-refer to a Neurosurgeon who will take you through the initial diagnostic tests.

I’ve been waiting 12 months for a shunt procedure. How can I be seen quicker?

You need to speak to our patient advisors and ask for a consultation with one of our neurosurgeons, who will need to see you before agreeing to operate. Typical waiting times for an appointment vary from a matter of days to two weeks.

Is treatment only available on the NHS? Can I pay for my own treatment?

Treatment for NPH is available on the NHS but unfortunately subject to long waiting times. Circle Bath Hospital is the only private provider of NPH in the UK. We treat private patients within a matter of weeks from first referral. 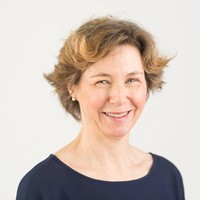