What is benign prostate disease?

The prostate gland is the walnut-sized organ located above the bladder which manufactures the fluid for semen. Benign prostate disease is the enlargement of the prostate gland which can restrict the flow of urine as the prostate wraps around the water pipe, squeezing it like a garden hose.

Over time, the bladder wall becomes thicker. Tthe bladder needs to contract even when it contains small amounts of urine, leading to more frequent urination. Finally, the bladder weakens and loses the ability to empty itself.

What are the symptoms of benign prostate disease?

The most common symptoms of benign prostate disease are:

Age is the key factor in benign prostate disease. The prostate continues to grow during a man's life although it rarely causes problems before 40. More than half of men over 60 have enlarged prostates, and by age 80, as many as 80% men. Only about half of these men have symptoms due to their prostate. Benign prostate disease only happens in the presence of testosterone, which declines in older men, but higher testosterone levels may not be the cause.

When should I consult a doctor about a prostate problem?

Generally men seek treatment when their urinary symptoms have become bothersome, sometimes with a fear that they will become completely unable to pass urine. You should always seek medical help when you think the problem might be prostate cancer.

What process will doctors take you through before treatment?

Your consultant will take your detailed medical history and perform a thorough physical examination, including a digital rectal examination to assess the prostate and then evaluate the severity of the condition using the International Prostate Symptom Score.

In addition to the above, the consultant will request an assessment of your urination flow rate, a bladder scan and blood tests to assess kidney function test and the amount of prostate-specific antigen in your bloodstream. In some cases they will also ask for a bladder pressure test and renal ultrasound screening.

What treatments are available for benign prostate disease?

Watchful waiting is one approach that can be taken with uncomplicated BPH. Options for medical treatment include alpha-blockers ­­– medicines normally used for high blood pressure, which relax the muscle tissue in the prostate, relieving part of the blockage – and 5-α reductase inhibitors, which shrink the prostate by blocking the effect of testosterone on the prostate gland.

Surgery (standard TURP ­– transurethral resection of the prostate – and open prostate operations) is the most generally accepted method of treating an enlarged prostate when symptoms are severe. The operation removes some of the tissue to relieve the symptoms. More limited types of surgery make cuts in the prostate instead of removing tissue.

Minimally invasive management approaches include Transurethral Radiofrequency Needle Ablation (TUNA), Transurethral microwave thermotherapy (TUMT), High-Intensity Focussed Ultrasound, Transurethral Vapourisation and Laser Prostatectomy. Recently, a new procedure called UroLift has become available, which involves the placement of permanent implants on the prostate with the help of a delivery device. The delivery system is introduced through the urethra to reach the blocked area. The implants are introduced and permanently placed to hold the enlarged prostate tissue away from the urethra, decompressing it.

The UroLift is an alternative to a TURP procedure and intended for men who want to maintain their quality of life and sexual function and avoid major surgery. It may not be recommended, however, in cases where the prostate is too enlarged.

What are the risks involved in benign prostate disease treatments?

Each treatment carries its own inherent risks. Tablets carry the risks of tiredness, dizziness, headaches and retrograde ejaculation (where the semen is redirected from the urethra to the bladder). Finasteride carries the risk of poor libido and erectile dysfunction. Minimally invasive treatments all carry a certain percentage of risk. 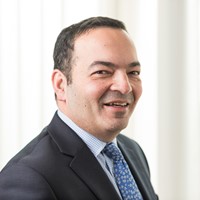