How is Addison's disease treated?

Addison's disease would normally be treated through taking tablets of which there are two possible options depending upon whether cortisol or aldosterone needs to be replaced:

Hydrocortisone is prescribed for cortisol replacement and should be taken as soon as possible after waking, with further doses at lunch or tea time or both.  The usual total dose is 20-30 mgs/day.

Fludrocortisone is prescribed for aldosterone replacement and is taken daily or on alternate days at a typical daily dose of 50 or 100 micrograms.

Both courses of treatment are for life and you must ensure you strictly adhere to the recommended dose.

Your specialist will carefully prescribe your tablet dose and adjust your treatment to ensure your are on the lowest dose necessary. This will ensure that you do not suffer any side effects.

What is Addison's disease?

Addison's disease is the condition caused by failure of the adrenal glands to produce important hormones called cortisol and aldosterone.

Various diseases can cause the glands to fail. By far the commonest cause nowadays is a disorder of the natural immune system. For reasons that are not fully understood the immune system produces antibodies to its own adrenal tissue which gradually destroys it. This is similar to the way in which a transplanted organ such as a kidney is rejected if there is not a good tissue match between the donor and the recipient.

The condition comes on very slowly, often with vague weakness and tiredness over many months.  This is associated with gradual darkening of the skin, like a suntan. In the later stages, the person with Addison's becomes very weak and dizzy (usually due to low blood pressure and mild dehydration), usually with sickness and vomiting. 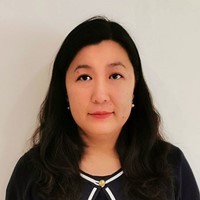