Parkinson’s Disease is a progressive neurodegenerative disorder, involving the depletion of certain nerve cells in the substantia nigra area of the brain which produces the chemical dopamine. The cause is unknown; in a minority of cases, it runs in families. It affects older people, particularly the over-65s.

The disease can manifest itself slowly over a long period of time. The main features are tremor (shakiness), often in one arm or one leg at a time at first and then spreading. This tremor is usually suppressed during sleep or when engaged in an activity such as holding a newspaper. Other symptoms include rigidity of the arms and leg muscles; slowness in executing functions; a shuffling gait; difficulty turning around and postural instability, leading to a tendency to fall over. Parkinson’s can affect articulation and swallowing, and progressive versions of the disease can cause cognitive decline, leading to dementia. In dementia with Lewy Bodies, cognitive effects can occur at the same time as or before changes in patients’ movement. There are conditions that mimic Parkinson’s such as dystonic tremor, in which incorrect messages from the brain make the muscles overactive. Carbon monoxide poisoning, stroke and some infections of the eye can produce similar symptoms to Parkinson’s.

Parkinson’s is mainly diagnosed on the basis of the overall clinical picture, and there are certain types of DaTscan, in which a radioactive agent is injected into a patient’s veins, which can help diagnosis.

Treatment is targeted at reducing muscle rigidity and slowness of movement, but is not very effective at controlling tremor. A spectrum of medication that boosts the level of dopamine in the brain can be prescribed. The effectiveness of treatment declines as the disease progresses: in the final stages, patients mainly get side-effects. The advance of the disease from initial diagnosis to severe disability typically takes 15 years.

The objective of Parkinson’s Disease rehabilitation is to improve patients’ quality of life, promote their independence and support them and their families. A combination of rehabilitation and pharmacological treatment maximizes patients’ opportunities for independent living, such as by maintaining their job and hobbies, and continuing to drive. The multidisciplinary team at Circle offers timely intervention in a supportive environment.

Circle Rehabilitation’s cutting-edge Nordic Health equipment, rare to find in the UK, can be used to measure very precisely spinal movements (often affected in Parkinson’s Disease) and to improve their range and amplitude. Other machines, including the AlterG anti-gravity treadmill, Hydro Physio aqua treadmill, rowing machine and MOTOmed exercise bike allow Parkinson’s patients the opportunity to improve their general fitness in a controlled and safe environment without the risk of falling. 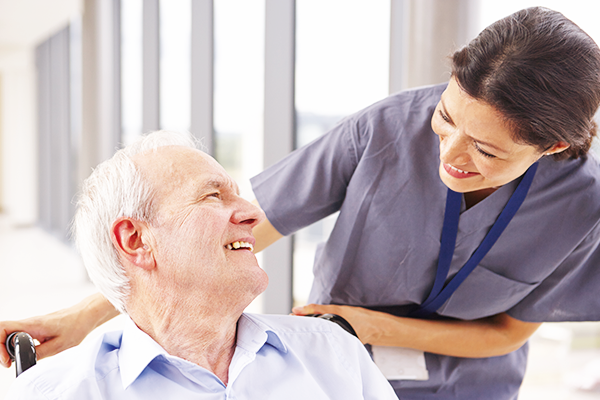 As Parkinson’s Disease progresses, amplitude of movement tends to lessen, so a modern approach to rehabilitation is to create bigger movements such as stepping, throwing, stretches etc. Circle Rehabilitation’s physiotherapy gym, stocked with equipment such as therabands, gyms balls, ladders and cones, has a big open floorspace which is ideal for this.

Dual tasking (eg doing another task while walking) is a key aspect of Parkinson’s rehabilitation and this can be incorporated into the programme at Circle using the recreational room and therapy kitchen. Patient’s timetables will allow continued practice of skills throughout the day. Educating patients about the condition in the early stages after diagnosis is essential. At Circle Rehabilitation, we are able to offer patients access to a diverse in-house multi-disciplinary team including a neurological rehab consultant, physiotherapists, occupational therapists, psychologist and dieticians, with opportunities to link with the wider multi-disciplinary team at Circle Reading Hospital as required. The recreation room offers a change of environment to allow socialisation with family, quiet time away from the ward etc. We have timetabled recreational activities including rehabilitation nutrition, movement to music and mindfulness.

We would love to help you with your recovery at Circle Rehabilitation. Let us assist you to create a bespoke package tailored around your needs.