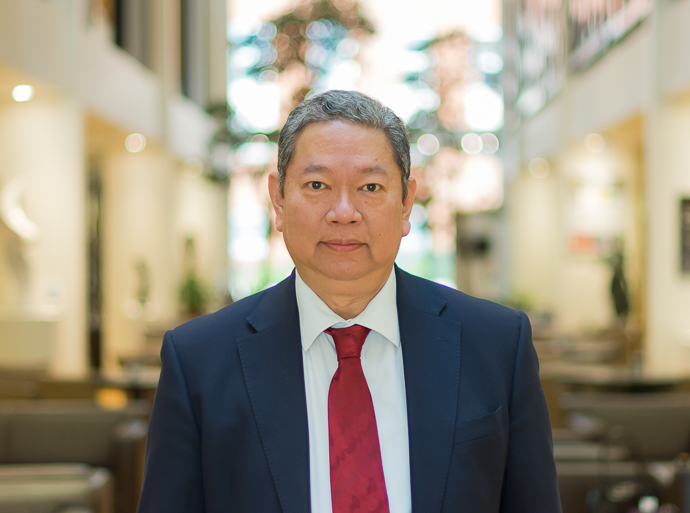 Dr. Peter Khin Tun graduated from the University of Medicine (1), Yangon, Myanmar – MBBS in 1981. He started working as a Research Medical Officer in the WHO sponsored, “Risk Approach in the Delivery of Maternal & Child Health Care Project” (1982-1985), before working as a General Practitioner in Burma (1985-1994). Peter came to UK in 1994, became a Member of The Royal College of Physicians – MRCP (London) in 1997; and the British Society of Rehabilitation Medicine since 1997.

Peter has 20 years experience in Neurological Rehabilitation Medicine; appointed as an Associate Specialist in Neuro-Rehabilitation at the Royal Berkshire Hospital from 2004 to date. His experience in Medical Education include teaching and clinical supervision of work experience/physician associates/medical students, Foundation Year and Core Medical & Specialist trainee doctors. He was a Staff/Specialty doctors and Associate Specialist (SAS) Tutor in Reading (2009-2012) and was appointed as an Associate Postgraduate Dean for SAS doctors in Oxford Deanery (Health Education Thames Valley) from 2012-2016. He has been a BMA Local and Oxford Region SAS Negotiating Committee Representative (2009-2017); and a Research Principal Investigator at the Royal Berkshire Hospital for the Multi-centre CLOTS Study from 2006-2012, determining the use of TED stockings and Intermittent Pneumatic Compression (IPC) devices in prevention of Venous Thrombo Embolism (VTE) in Stroke.

Peter had been a member of the RBH Foundation Trust Revalidation Steering Group Committee from 2010-2012; he is a trained NHS appraiser for the Consultants & SAS doctors since 2009. He is a member of Royal College of Physicians SAS Steering Group from (2014-2016); and a speaker on Quality Improvement of Health Care at the Royal College of Psychiatry SAS Conference in October 2017.