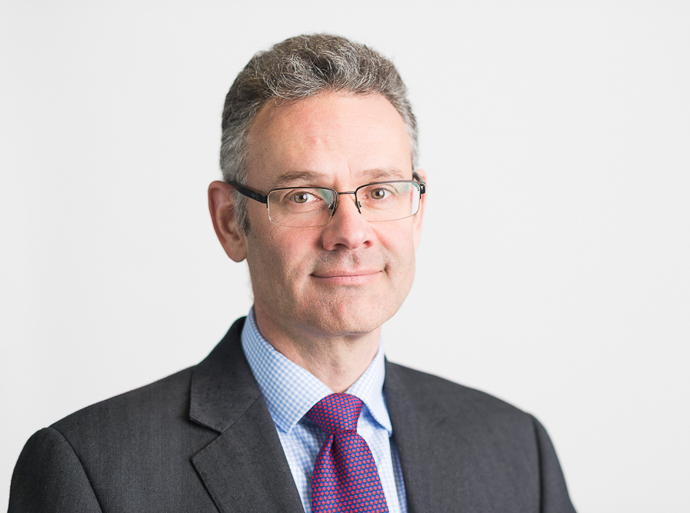 Hip replacement surgery involves replacing the worn out/damaged bones of the hip joint with an artificial prosthesis. This artificial joint improves the mobility of the joint, while also helping to reduce the level of pain and stiffness you’ve been suffering from.

Most people come to see me initially complaining of pain. Typically, this pain will be in the groin, buttocks and thigh, right down towards the knee. Pain is also often felt in the back. Many people will also notice stiffness in the hip, and this means that functionally they aren’t able to do as much as normal. Pain is often exacerbated by activity, so they will often get pain on walking and particularly on twisting.

However, they can also get pain at rest and may be woken up at night because of it. In practical terms, it means they will struggle with tasks like putting on socks, drying their feet and cutting their toenails. Activities become restricted and less enjoyable. They start avoiding jobs or pastimes because they hurt. Everyday tasks that many of us take for granted become a real challenge.

There are many different causes of hip pain, although sometimes there may not be a clearly diagnosable cause. Trauma and arthritic disease are common causes of hip pain, but some people may have a structural anomaly in their hip that has caused it to rub and wear out much more quickly than normal. These may be, for example, conditions such as hip dysplasia (a shallow socket) or femoroacetabular impingement (FAI). FAI is a condition in which additional bone has grown around the bones that make up the hip joint. This additional bone causes excess rubbing during movement, which can wear the joint down much more quickly.

Assessing whether a hip replacement is right for you

Hip replacement surgery is a significant operation and it is always your choice as to whether to have one. I firmly believe that a big part of my job is to talk you through all the different treatment options available to you, so that you have the information you need to make an informed choice. I will certainly give you my advice, but the final decision is always yours.

Before opting for surgery, you may choose to try conservative treatment options like physiotherapy, painkillers, anti-inflammatories and cortisone injections. These can all be of benefit in some cases, although sadly the condition can progress until conservative treatments are no longer as effective in managing the symptoms. At this point, hip replacement surgery will almost certainly be needed.

Just as regular joints suffer ‘wear and tear’, so too do artificial joints. This means that a hip replacement may eventually wear out and need replacing. I have found that the length of time a hip replacement lasts depends on multiple factors, including the type of prosthesis used and the precise way it is put in. Current NICE guidelines state that 90% of hip replacements should last for 10 years. I am currently getting 95%+, and there is research coming out that shows if the correct implant is used and it is put in well, we should expect to have 90% lasting for over 25+ years at a minimum.

For anyone thinking about a hip replacement, the National Joint Register shows details for individual surgeons, in terms of the longevity of the prosthesis. I am delighted that this data shows that I am a positive outlier by two standard deviations above average, for the survivorship of my hip replacements. (For anyone who isn’t a statistician, this basically means that the people I operate on are significantly more likely to keep their hip prosthesis lasting longer than average.)

Before surgery, I’ll use digital templating to make sure that the biomechanics in your leg will stay the same. This helps your recovery, as it means it will feel the same as your natural joint.

In addition, I use a muscle-sparing approach for the surgery, where no weight-bearing muscles of the hip are cut at all. It is called a piriformis-sparing approach and it makes your recovery faster, you’ll be more comfortable post-operatively and you will have better function once you have recovered. Using this approach adds around 10 minutes to the operation, but this is time well spend when considering the benefits to you.

Your recovery from hip replacement surgery

I will then see you again at Circle 6 weeks after surgery to review your recovery. At this stage, most people are off their painkillers and able to walk without a stick. Many will be walking anywhere from half a mile to three miles. It is completely normal to still be a bit swollen at this stage and to feel tender over the scar.

You should expect it to take somewhere between 6-12 months to have as much function back as you possible. While the initial focus is getting you up on your feet, it will take time to recover your range of movement and endurance.

I began experiencing progressive pain in my hips a number of years ago. I’m a riding coach, both training horses and teaching, and as my pain became worse, I found it harder to do my job.

I had previously had some injections into my hips to try to help them move more freely, but the pain continued to get worse, until painkillers were no longer helping. I was in constant pain, caused (as I was to find out) by the cartilage in my hip having been completely worn away so that bone was moving directly against bone.

I was advised to see Mike by a chiropractor. When I met with him, we talked about hip replacement surgery and what to expect from my recovery. I found he was very approachable and professional. As both hips needed replacing, we decided to do my left one first, then my right one about three months later.

After the first operation, I spent two days in Circle. The physiotherapists made sure I mobilised as soon as possible, first with a walking frame then with walking sticks. I noticed almost straight away that the constant pain in my left hip had gone; having been in pain for so long, finding myself pain free felt like a miracle.

You’re given guidelines for recovery and I stuck to them rigidly. I was so determined to do everything properly, I wanted to ensure I gave myself the best chance of a good recovery. The first three weeks was probably the hardest; there are so many guidelines on everyday things such as lying down, walking etc. I found that setting myself regular targets helped (walking a little bit further than previously for example).

Six months after my second hip replacement, I was able to get back on a horse for the first time. (I was very careful getting on, as following the hip replacements I had been told not to mount a horse from the ground, but to use a gate or a mounting frame instead.) I’ve also been skiing twice, have taken part in a dance competition for charity and have competed in a one mile flat horse race.

I am very grateful that I am now able to be as active as I am and it is liberating not to be in constant pain any more.