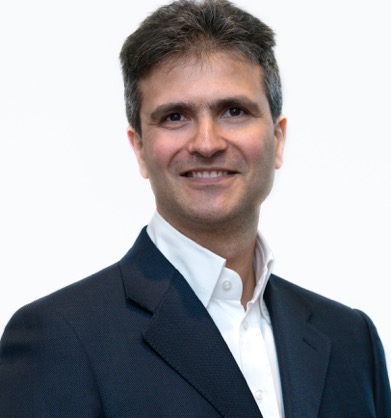 Mr Giuseppe Sforza is a Consultant Orthopaedic Surgeon at Circle Reading Hospital. He specialises in problems affecting the upper limb and in particular of the shoulder and elbow. He is proficient in musculoskeletal diagnostic ultrasound and performs ultrasound guided injections.

After his general surgical training, he continued his higher orthopaedic training at the same University. He spent periods of fellowship at Danderyd Hospital - Karolinska Institute, Stockholm - Sweden and as visiting fellow at the Southern California Orthopaedic Institute Los Angeles, United States.

In 1999, Mr Sforza was appointed shoulder surgery fellow at the Reading Shoulder Unit at the Royal Berkshire Hospital under Stephen Copeland and Ofer Levy.

In 2000, after completion of his fellowship at the Reading Shoulder Unit, he returned to Italy and was appointed Consultant Orthopaedic Surgeon in Matera, Italy as head of the shoulder and elbow unit and from 2006 at Policlinico di Bari at the University Hospital.

Since 2001, Mr Sforza regularly attended the Elbow Centre at the Mayo Clinic in Rochester, chaired by S. O'Driscoll in the United States, participating to the clinical activity and to the prestigious course: Teach the Elbow Teachers.

In October 2004, Mr Sforza joined the Reading Shoulder Unit. Then in 2007, he was appointed Consultant Orthopaedic Surgeon in Redditch, Worchester NHS Trust and in 2013, he completed a Master in hand and wrist surgery at University of Milan.

Mr Sforza has published over 200 publications & presentations of scientific papers, written chapters to books on Shoulder Surgery and has been invited to lecture in Europe and elsewhere including ICSS, SECEC, SICSEG, SIA, SIOT.

He has also organised several international and national courses on shoulder surgery for arthroscopic surgery, shoulder arthroplasty and rehabilitation of shoulders and elbows.

All types of disorders of the shoulder and elbow. Treatments include: sports injuries, fractures, dislocations, arthritis, tendon tears, degenerative conditions and children's abnormalities.

Most of the operations are minimally invasive with arthroscopic (keyhole) surgery such as shoulder reconstructive surgery, total shoulder and elbow replacement, rotator cuff repair and complex shoulder problems.

Mr Sforza acquired expertise in treatment of upper limb disease, and has recently obtained a Master in this field.