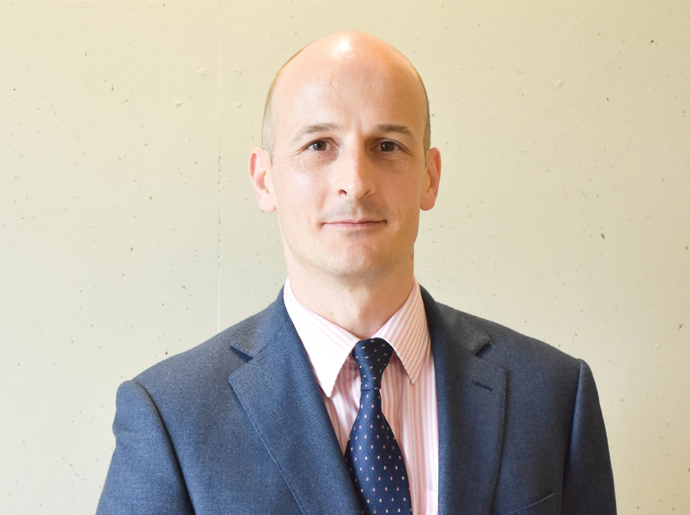 The first thing to know about my approach to breathlessness is that I deal with patients presenting symptomatically, rather than acutely. This means that acute (severe) episodes of breathlessness should be dealt with by calling 999 and seeking NHS hospital assistance.

However, I would investigate cases of chronic breathlessness that might be recurring over time, or brought on unusually by certain activities, which might be caused by problems with the heart.

Breathlessness is a fairly common symptom that I deal with.

During the course of our investigations, we’ll be keen to make sure it’s not caused by the heart pump not working properly; this is known as heart failure. To do this, we will often perform some simple cardiology tests such as blood tests, ECGs, and chest x-rays.

An ECG is an ‘electrocardiogram’, which is a recording of the electrical activity of the heart that we take in order to understand the rhythm of your heart’s beating. It puts out a graph showing the impulses generated when your heart beats, and we analyse this to identify abnormalities which might be caused by problems somewhere in the cardiovascular system that might be contributing to your breathlessness. It’s a pretty simple non-invasive procedure, in which small sticky patches called electrodes (electrical conductors) are placed on the skin for a few moments. This test only takes a few minutes and will be completely painless - we just ask you to stay still, as moving around can affect the results.

A chest x-ray is done when we need to have a more detailed look at your thorax - the combined systems of your heart, lungs, airways and ribs. For issues with shortness of breath, this test is a useful way to figure out if the problem lies with your heart, lungs, or something else. It’s a fairly routine test in which you’re asked to swap some clothes for a gown and remove your jewellery before standing against a photographic plate. You’ll take a deep breath while the x-ray is taken, which only takes a few seconds. After a few images are taken, it’s all done. You shouldn’t feel any discomfort here, although the equipment might be a little cold.

After these tests, we might choose to perform an echocardiogram. This is an ultrasound scan of the heart, which uses high-frequency sound waves to create an image of the structure of the heart. It’s a similar technique to the ultrasound scans used for pregnancies.

An echocardiogram is a commonly used test in many forms of heart medicine, because it’s not invasive (so it doesn’t involve breaking the skin or entering the body in any way) and provides some really useful insights into the health of the heart.

In our case, we’d be using the test to see if the pump system of the heart is impaired in any way (cardiomyopathy is the name given to the group of diseases that cause this).

Breathlessness can be caused by fluid build-up in the lungs, brought on by an imbalance of pressure in the pulmonary circulation system, which transports blood between the lungs and the heart.

This means that it can occur alongside leg or ankle swelling, which is caused by fluid build-up that results from similar problems with the heart transporting blood around the body.

There are a wide range of treatments, which depend on what exactly the condition is. If, for example, your breathlessness is caused by a form of heart failure, we’ll go through all the possible options and discuss what might be best for you.

One possible outcome might be a course of medication, which is quite common. It’s also likely that we’ll discuss lifestyle factors, as things like smoking, drinking alcohol and lack of exercise can negatively impact your heart health - so some alterations might be recommended.

In severe cases of heart failure, surgery might be required, in which case we’ll fully explore the options and risks before deciding to proceed. Heart failure does usually require ongoing management and treatment, and you might be fitted with a pacemaker - a battery-powered device that’s implanted to control the regular rhythm of the heart.

In cases of heart failure caused by a problem with blood flow, where there’s not enough blood travelling through the heart arteries, we’ll use balloons and stents (angioplasty stenting) to prop open those blood vessels - that’s my speciality and I perform it in higher-risk populations (for example, seniors and those with other complicating medical factors).

We’ll discuss the ramifications in detail before deciding on any of these courses of action.

Sometimes, the most important thing I can do is reassure you. This might mean giving reassurance that serious conditions aren’t present, or that symptoms can be treated more easily than you might have expected. Ruling things out is a normal part of medicine so there’s a good chance our tests might rule out things you’re worried about.

What happens after your treatment

Again, it depends on what the treatment entails, but I may recommend a follow-up or ask the GP to let me know if you need to be seen again.  In this we could examine your response to the treatments and lifestyle adjustments to see if they’ve improved the condition and performance of your heart, and your quality of life.

Surgical interventions, as you might expect, will require longer recovery time, both in hospital and at home.

Whichever option is taken, you’ll leave the hospital with a good knowledge of your condition and methods for ongoing management of it.