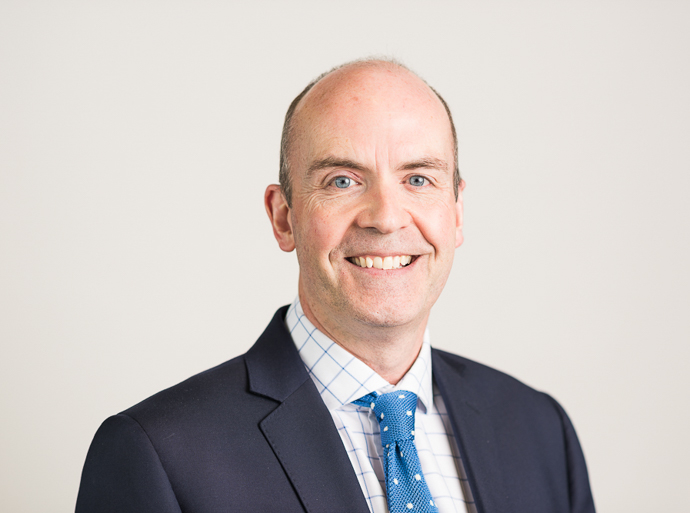 The knee is the largest joint in the body. Involved in weightbearing and movement, any injury to the knee can have a significant impact on our ability to function. While some injuries to the knees will heal naturally over time, others will require specialist surgery to repair.

Who is it for?

Often the patients who benefit from arthroscopic knee surgery are younger patients who have had a specific injury to the knee, or who have noticed a specific instance where something in the knee has just “gone”. Maybe they’ve twisted it while getting out of the car, playing sports or skiing, possibly their dog has knocked into them while they've been out.

In particular, arthroscopy tends to be useful for people who have mechanical symptoms; things like a clicking, grinding, locking, giving way or ‘jamming’ of the knee. These can often be signs that there is a problem that needs a keyhole procedure to rectify.

When I first meet someone with a knee problem, I’ll examine them and assess the movement and function they currently have in the knee; How much and how easily can they move it? What position is most uncomfortable for them?

I’ll usually get some X-rays and/or an MRI scan done to help determine the exact cause and extent of any problem. Sometimes, people I see have already been through a process with their GP and have seen a physiotherapist or had some further investigations, and this can help with deciding the best course of treatment.

Once we’ve accurately assessed the cause and extent of the problem, we can talk through treatment options. Sometimes, knee pain can be managed effectively by conservative methods like painkillers, physiotherapy and corticosteroid injections. Where those methods aren’t effective, or aren’t appropriate, surgery may be advised.

What happens in an arthrsocopy?

A knee arthroscopy usually takes between 15-30 minutes, depending on what exactly we need to do inside. I make two tiny 1-cm cuts either side of the patella tendon. (Occasionally I will also need to make another little 1-cm cut, usually when I need to deal with something unusual at a bit of an awkward angle.)

When the patient wakes up, they will have a fairly big dressing over the knee to stop it swelling up (they can remove this themselves 48 hours later).

In terms of external appearance, they will have a single stitch in both of the two small cuts, which their GP practice nurse will usually be able to remove about 12 days later.

Almost all patients after any arthroscopy are allowed to put their full weight through the leg, the exception being the rare cases where we do something called microfracture, where we're trying to build new cartilage into what are called chondral ulcers

While the approach used for arthroscopy remains the same, in the last 12-18 months I have started using a radiofrequency ‘wand’ called the Werewolf, which allows me to work with things like meniscal tears or areas of degenerate cartilage using radiofrequency energy. This ‘wand’ melts away the torn bits of the meniscus or the arthritic bits of cartilage; they’re essentially vapourised within the joint and then sucked out. It leaves a better finish and has been shown to give a more lasting result than when using the older, mechanical instruments.

Every type of surgery requires recovery, and I will always talk through expected recovery with people before their surgery.

The length and type of recovery depends on the surgery done. For repair of small meniscal tears, most people can expect to be better within two weeks or so. I’ll ask them not to drive for about 5 days after surgery. If they’re in a sedentary job, they'll probably need about 4-5 days off work, while manual workers will need a bit longer, maybe between 2-4 weeks.

With the types of arthroscopic knee surgery that I carry out, most people should be able to get back to straight-line sports, like running or cycling, after about 2 weeks. For sports like football or rugby that require ‘cutting’ or sideways movements to avoid tackles, 6-8 weeks is usually needed.

Help for your knee pain

Should you have pain in your knee, please do contact Circle to book a consultation with me. When we meet, I will discuss and arrange any diagnostic tests needed to determine exactly what is causing your pain. If knee arthroscopy is indicated to successfully treat the problem, we can arrange that for you without any unnecessary delay.