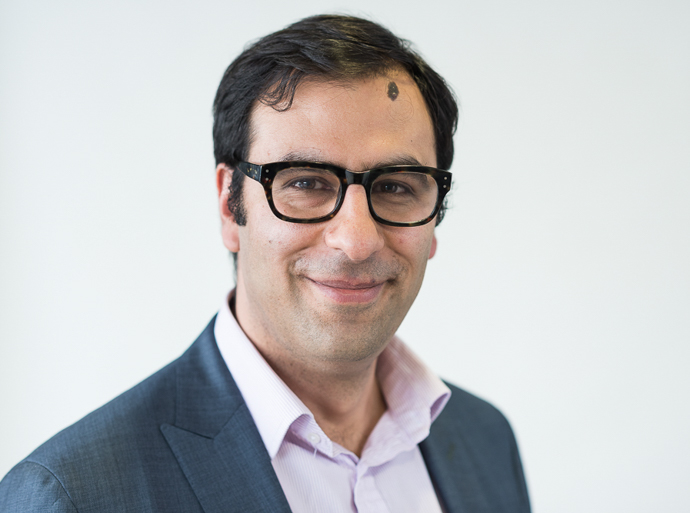 A pacemaker is a small electrical device that sends electrical pulses to your heart to keep it beating regularly. Should you have an irregularity in your heart or a conduction problem, a pacemaker can make a real difference to the quality of your life; indeed, in many cases it is lifesaving.

Medical intervention through use of a pacemaker is known as pacing. I currently provide the only private pacing service in Bath, which means that if you live in or around Bath and have a pacemaker requirement (or think that your consultation is going to be regarding pacing), it is highly likely you will be referred to see me at Circle.

While pacing has been around for a number of years, there have been significant advances in both technology and surgical approaches. I have kept abreast of all of these and indeed am an opinion leader in many of them.

We also started working very closely with plastic surgeons to help improve the appearance of the scar post-surgery. It is easy for cardiologists to focus on the technicalities of the pacemaker, but it is hugely important that we always remember that you want the scar to be as small as possible so that it is hardly noticeable on the outside.

Not all pacemakers are the same

While standard pacemakers can certainly be effective, in many ways they provide us with a baseline for treatment. There are opportunities now for us to provide you with a pacemaker that provides physiological stimulation in exactly the right place for you. More precise positioning and programming means more effective measurement (and correction when needed) of your heart rhythms.

It can be easy to think that all pacemakers are the same, but this is no longer the case. ‘One size fits all’ is not appropriate for this area of medical intervention. Advances in pacing technology and surgical techniques now provide us with the ability to tailor a pacemaker to your exact requirements. Working closely with you, we will help ensure your pacing is the best it can be for you. We also then monitor everything over time to ensure you continue to receive the best support possible.

Many people come to see me when they have had a pacemaker put in elsewhere and are now unhappy with an unsightly or uncomfortable scar / pacing site. Sometimes the wound itself is problematic. To help with these problems, we provide a service where we can revise scars, or correct where the pacemaker is to make it more comfortable.

To reduce the risk of this happening in the first place, when I put a pacemaker in, I always keep the incision as small as possible and use minimally invasive techniques. These advanced techniques, extrapolated from our experience of working closely with plastic surgeons and using the latest electrocautery equipment, means there is minimal trauma to the surrounding tissues, which reduces the risk of an unsightly or painful scar in the future, bleeding or swelling. Combined with good analgesia and sedation where needed, any pain or discomfort is kept to an absolute minimum.

Should you need a pacemaker, please do contact my PA, ‘Tash’ (Natasha Jones), on 01761 422287 today to schedule a consultation with me at Circle Bath. You will be able to select a time that is convenient to you. When we meet, we will talk through your options to determine what would be best for you. With advanced diagnostic equipment, pacing technologies and surgical techniques, we will ensure you receive the optimal pacing service for your particular needs.

I didn’t realise anything was wrong with my heart until I had a nasty fall in a London hotel. For a number of years prior to the fall, I had been experiencing a few funny turns where I felt like I was going to pass out. It was a strange feeling, and very hard to explain to anyone. I tried to ignore it as much as possible, although I was aware that these episodes seemed to be becoming more frequent and lasting for longer.

When I passed out in London I was taken to hospital, but they couldn’t work out what was going on. They did tell me that my heart was ‘odd’ and that I should get it looked at. This was slightly concerning, so I contacted my private healthcare provider who booked me a consultation with Ali at Circle.

Talking with Ali, again it was difficult to explain precisely what I felt like. Eventually, I said to Ali, ‘It’s a bit like a déjà vu feeling.’ As soon as I said those words, Ali told me he knew exactly what was going on – syncope.

Syncope, as I was to learn, was used to describe fainting due to a lack of blood to the brain. To effectively treat and manage the problem, Ali needed to see data from my heart during an episode of syncope. To get this data, he put a loop recorder in my chest which would measure and record everything. I was able to upload the data wirelessly and then send it to Ali and his team remotely.

Ironically, my next funny turn occurred when I was on a plane to Italy! When I returned home, I had a phone call from Ali telling me to come to Circle straight away. He had been monitoring the data from my heart and could see that my heart had stopped beating for 27 seconds during my latest syncope.

Looking at the data, Ali was able to see what the best pacemaker option for me would be. I had the pacemaker put in on December 21st and was able to return to work very quickly. Since the pacemaker went in, I’m glad to say that I haven’t passed out again. When I last saw Ali, he was able to see that the pacemaker had kicked in 276 times over the last 12 months, so it is clearly needed and doing its job well.

I am now back to normal health and have run a number of marathons since the pacemaker went in. The scar from my surgery is barely noticeable. Ali is fastidious with his work. He knows his stuff and has taken away all my concerns. I highly recommend him.

I had a heart attack a few years ago and needed an emergency stent put in. During my stay in hospital I saw two different consultants. While I was (and am) grateful for the treatment I received, I found the process was quite slow.

When I was discharged from hospital, I had lots of questions about my rehabilitation but found myself quite frustrated. The NHS offered rehabilitation in my local area, but there was a 3–4 month delay due to the demand exceeding capacity.

Fortunately, my private insurance covered cardiac rehabilitation, and this is how I came to meet with Ali. When I initially met with him at Circle, we talked through things and he took over my case.

The echocardiogram (an ultrasound scan of the heart) I previously had done through the NHS had measured my ‘ejection fraction’ as being in the low 30s. This was far lower than normal, so the test was repeated by Ali, where the result again was in the low 30s. He explained that this low number increased my risk of a cardiac arrest, and suggested I have an implantable cardioverter device (ICD) put in to help monitor my heart and to correct any abnormal rhythms when required.

When I saw Ali again for a follow-up, everything was fine. He repeated the echocardiogram and (amazingly) my ejection fraction was now 41. We discussed the medication I had been put on at the hospital after my heart attack, as I was experiencing a few side effects such as lethargy and fatigue. Working together, we have been able to lower the dose of the medicines. This has decreased the side effects and I am feeling much better now.

The care I have received from Ali has always been very good. It has also been far more convenient in so many ways than other options. Seeing him at Circle means less travelling to appointments for me. I am always seen on time, rather than waiting around for hours for delayed appointments. In addition, the car park at Circle is free and there are spaces in it, which is very different to my experience of most hospital car parks! Even though these are only small things in and of themselves, it is the combination of all these ‘small’ things that makes such a difference.